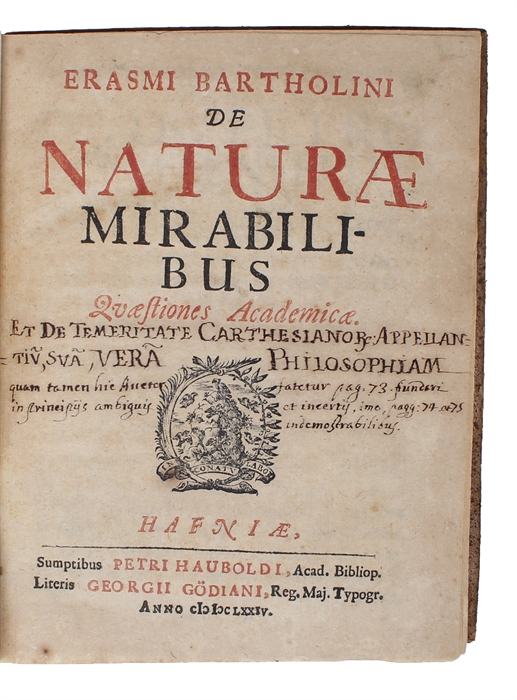 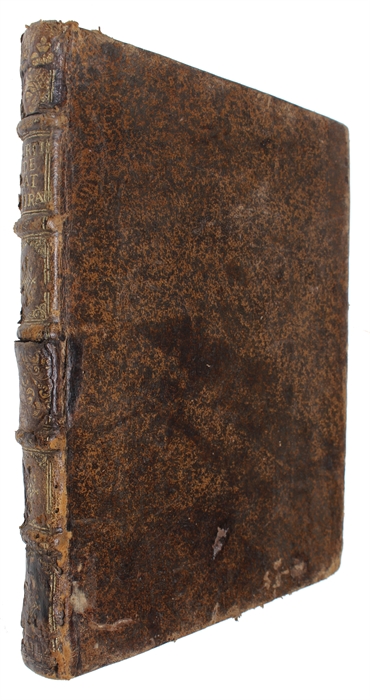 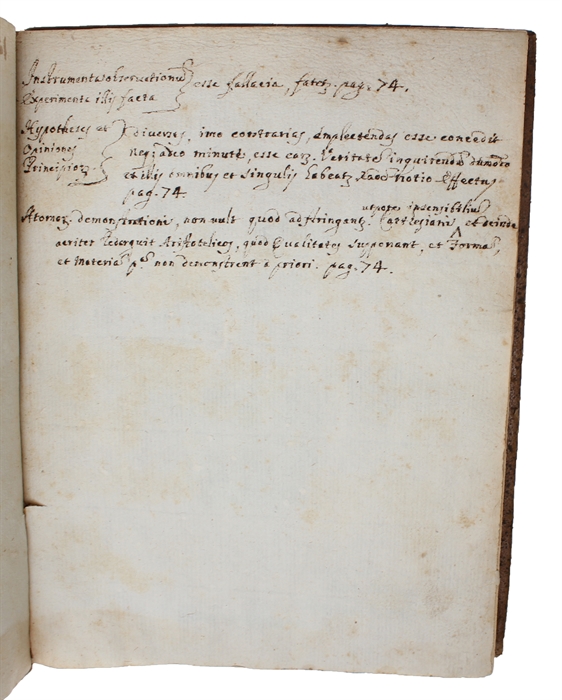 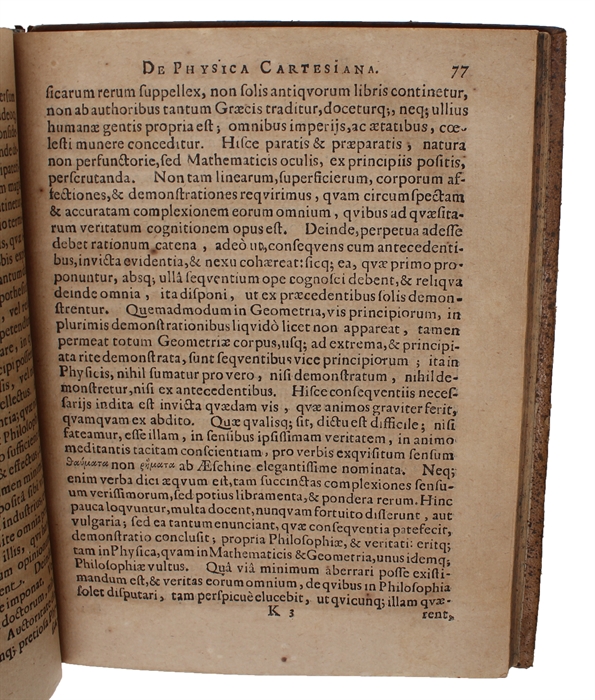 ON THE WONDERS OF NATURE

Rasmus Bartholin (also known in the latinized form Erasmus Bartholinus) (1625 - 1698) was a famous Danish scientist, physician and grammarian, famous primarily for his discovery ) of the double refraction of a light ray by Iceland spar (calcite), for writing the first grammar of the Danish language, and for his work on Descartes' analytic geometry.

"Erasmus Bartholin's father was Caspar Berthelsen Bartholin... There were six sons in the family, and Erasmus had a brother, Thomas Bartholin, who was nine years older than himself. These two brothers went on to become equally famous.
Erasmus received his first education from private tutors, then he attended a Latin school. He entered the University of Copenhagen in 1642, receiving his B.A. in 1644 and an M.A. in 1647. From 1645 he studied mathematics at the University of Leiden, travelling to France in 1651 but then going to Italy where he studied at a number of places including Padua from where he received a medical degree in 1654. From 1656 he was professor of geometry at the University of Copenhagen but transferred to become an extraordinary professor of medicine in the following year. In 1671 he was appointed to an ordinary chair of medicine at Copenhagen, a post to held until his death. In 1667 he was appointed Royal Mathematician.
He served the University of Copenhagen as dean of the faculty of medicine, librarian, and rector, and was appointed royal physician and privy councillor.
Despite being professor of medicine for a long period, he wrote relatively little on that topic. In terms of the number of publications, mathematics was the largest part of his work, but his work in this area is not of great importance. In fact he is best known for work in yet another area, for he was the discoverer of the double refraction of light.
Bartholin edited Introduction to the geometry of Descartes by van Schooten and also translated Optics of Larissa into Latin. Every year between 1664 and 1674 he produced a book Dissertatio de problematibus geometricis. This consisted of theses which he had proposed for his students to defend. In the sixth such book, published in 1672, he gave a proof of what is known as the second problem of Debeaune, formulated in a letter to Mersenne written in 1638. The problem is the first example of an inverse tangent problem which in modern notation results in requiring the solution to the differential equation dy/dx = (x - y)/a, y(0) = 0.
This has solution y = x + a(e-x/a - 1). Descartes solved Debeaune's problem in 1639. Bartholin considered the problem in geometric form. Pedersen suggests that Bartholin's proof may actually be Debeaune's original proof which we know he sent to Descartes. Bartholin could well have come across the proof in papers which Debeaune sent him for safe keeping shortly before his death in 1652.
To see the range of topics on which Bartholin wrote, consider his book De naturae mirabilibus quaestiones academicae which he published in 1674. This consists of essays and lectures written over a number of years such as: The study of the Danish language (1657); The shape of snow (1660); The pores of bodies (1663); On Cartesian physics (1664); On nature (1666); On judgement and memory (1667); On experiment (1668); On physical hypotheses (1669); On the shape of bodies (1671); and Secrets of the sciences (1673).
Bartholin wrote a large number of mathematical works but he is best remembered for his discovery of the double refraction of light through a crystal of Iceland spar which had been gathered in an expedition to Iceland in 1668. He wrote his text Experimenta crystalli Islandici disdiaclastici quibus mira & insolita refractio detegitur on the geometry of crystals in 1669. The two rays he called solita and insolita and he showed that both were produced by refraction. During his experiments, Bartholin also observed that when the crystals of Iceland spar are rotated about their axis, one of the two images moves in a circle around the other. This is strong evidence that the crystals are somehow splitting the light into two different beams. Bartholin's explanation was based on Descartes' theory of light along with his idea that there were two sets of "pores" in the crystal. However, the true explanation is that the crystal splits the light into two plane-polarized beams.
He observed the comets of 1664 and 1665, and made other astronomical observations, publishing his descriptions of these events in De cometis anni 1664 et 1665 opusculum (1665). Bartholin also prepared for publication the observations of Tycho Brahe. In both these pieces of work in astronomy he was assisted by Ole Romer.
Bartholin is also famed for his medical work, in particular his introduction of quinine in the fight against malaria. Some of his medical contributions were made in conjunction with his brother Thomas Bartholin who was a professor of anatomy at the University of Copenhagen from 1646 to 1661. Thomas Bartholin founded the journal Acta medica et philosophica Hafniensia to which Erasmus Bartholin contributed papers." (J J O'Connor and E F Robertson, St. Andrews).