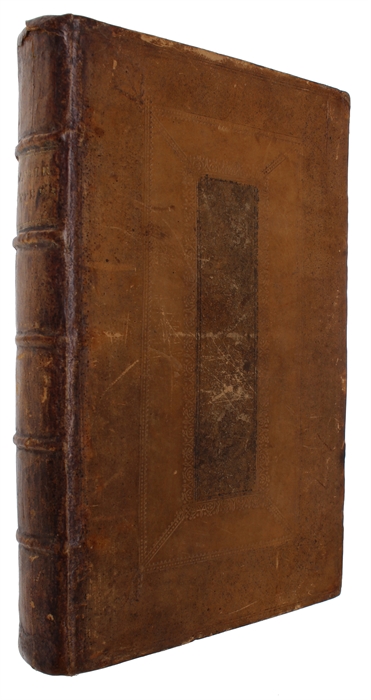 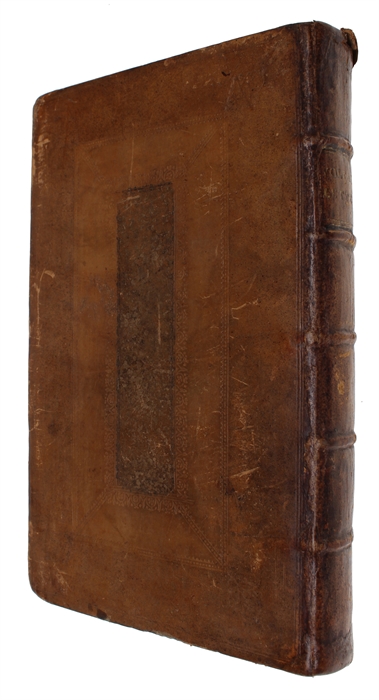 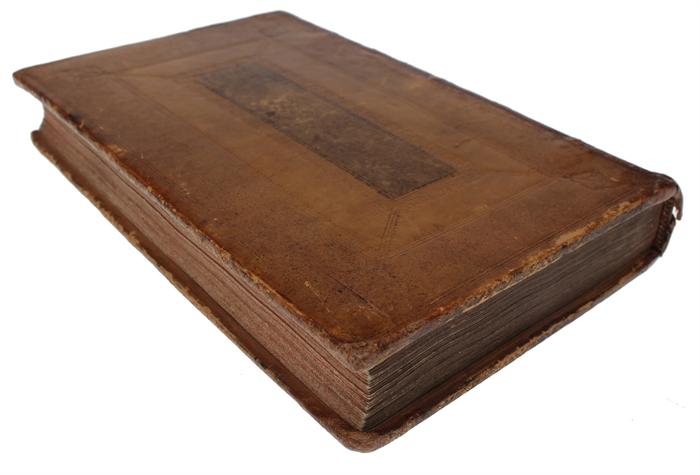 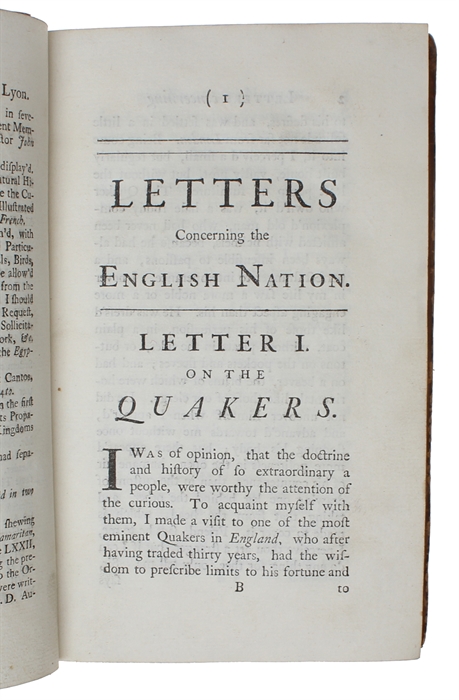 A KEY WORK OF THE HISTORY OF SCIENCE AND PHILOSOPHY

The important actual first edition of this highly celebrated key work of the Enlightenment, in which the anecdote of how Newton discovered gravity (the story about Newton and the falling apple) appeared for the first time, together with the description of the difference between the physical world view of the English and the French (the "plenum" and the "vacuum"). This seminal work, in which Voltaire famously depicts British philosophy, science, society and culture, in comparison to French, can be viewed as the Enlightenment equivalent to Tocqueville's "Democracy in America".

This series of essays, which is based on Voltaire's experiences when living in England, was actually written by Voltaire mostly in English, which he mastered to perfection. It has often been presumed that the first edition of the work was that published in French in 1734, but actually, the present English edition constitutes the actual first appearance of the work as well as the version that is closest to Voltaire's intention, as the French language version is the re-written one, and the English version the original. Curiously, almost all modern English versions are translations into English of the French edition, instead of the original English version, making this edition of the utmost importance.

After the original English edition of 1733, two French editions soon followed (the first in 1734). Unlike the British, the French resented the book, and already in 1734, the French Parliament issued an order for the author's arrest and condemned the work, causing the impact of it in France to be delayed. The book was burned for being "dangerous to religion and civil order". At the same time, the work became a bestseller in Britain, and as much as 14 editions of the work were published in the eighteenth century.

"Inspired by Voltaire's two-year stay in England (1726-8), this is one of the key works of the Enlightenment. Exactly contemporary with Gulliver's Travels and The Beggar's Opera, Voltaire's controversial pronouncements on politics, philosophy, religion, and literature have placed the Letters among the great Augustan satires. Voltaire wrote most of the book in English, in which he was fluent and witty, and it fast became a bestseller in Britain. He re-wrote it in French as the Lettres philosophiques, and current editions in English translate his French." (Nicholas Cronk, Introduction to the Oxford's Classics edition from 1999).

The great French philosopher Voltaire was greatly impressed by the philosophical and scientific achievements of the English, especially those of Newton, Locke, and Bacon. As a disseminator of scientific knowledge, Voltaire came to play a great rôle in the popularization of Newtonian science and its discoveries, the present work being a prime example. Although the work was condemned by the French authorities, it still came to play a great rôle in the spreading of Newtonian ideas in France.
The present work generally came to play a dominant rôle in Enlightenment accounts of the history of science and philosophy. The work focuses on British science and thought and uses the accounts of these to emphasize what is lacking in French society and French thought. The work is generally very critical towards the French "ancient régime", and when Voltaire here discusses the emergence of empiricism, it is viewed as an English tradition that stands in opposition to the French rationalist tradition (with Descartes as the prime example). This view is taken over by the following Enlightenment historians of science and philosophy, e.g. d'Alembert (see for instance his "Preliminary Discourse" of 1751).

In XVI Voltaire reflects upon Newton's "Optics" and the way that he rejected Descartes' theory and set out his own account of the properties of light.

In XV he presents the first account of Newton and the falling apple: "As he was walking one Day in his Garden, and saw some Fruits fall from a Tree, he fell into profound Meditation on that Gravity, the Cause of which had so long been sought, but in vain, by all the Philosophers, whilst the Vulgar think there is nothing mysterious in it. He said to himself, that from what height soever, in our Hemisphere, those Bodies might descend, their Fall wou'd certainly be in the Progression discover'd by Galileo; and the Spaces they run thro' would be as the Square of the Times. Why may not this Power which causes heavy Bodies to descend, and is the fame without any sensible Diminution at the remotest Distance from the Center of the Earth, or on the Summits of the highest Mountains; Why, said Sir Isaac, may not this Power extend as high as the Moon?..." (pp. 127-28).

But perhaps the most famous passage in the volume is the opening of Letter XIV: "A Frenchman who arrives in London, will find Philosophy, like every Thing else, very much chang'd there. He had left the World a "plenum", and he now finds it a "vacuum". At Paris the Universe is seen, compos'd of Vortices of subtile Matter; but nothing like it is seen in London. In France, 'tis the Pressure of the Moon that causes the Tides; but in England 'tis the Sea that gravitates towards the Moon; so that when you think that the Moon should make it Flood with us, those Gentlemen fancy it should be Ebb, which, very unluckily, cannot be prov'd..." (pp. 109-10).