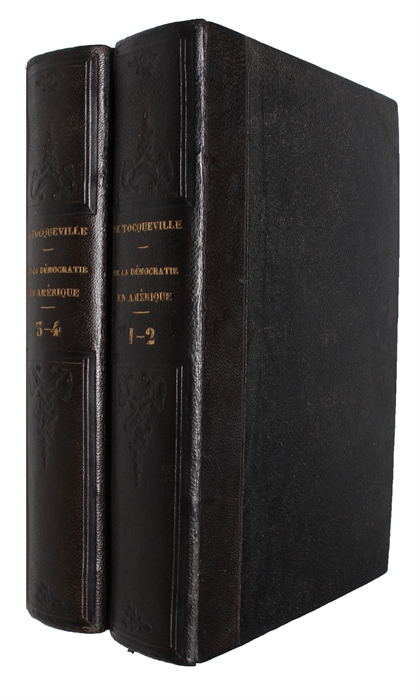 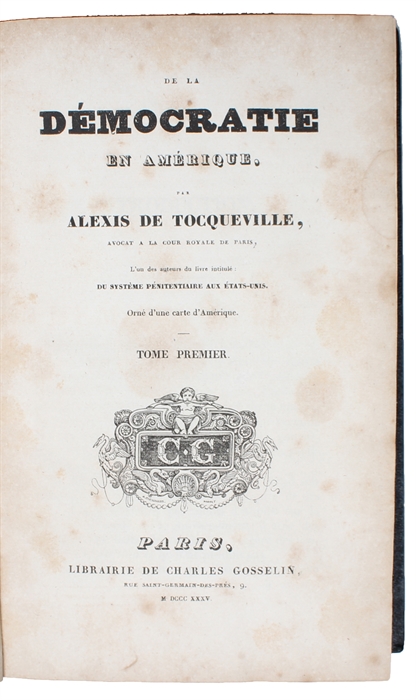 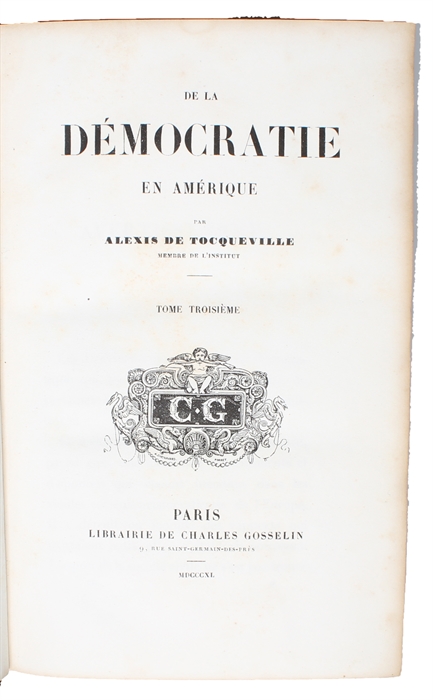 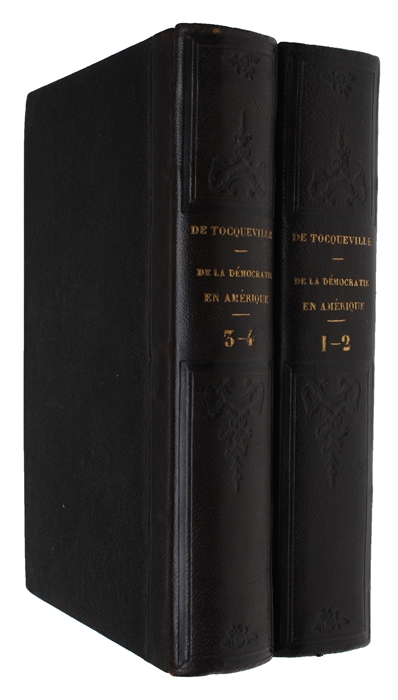 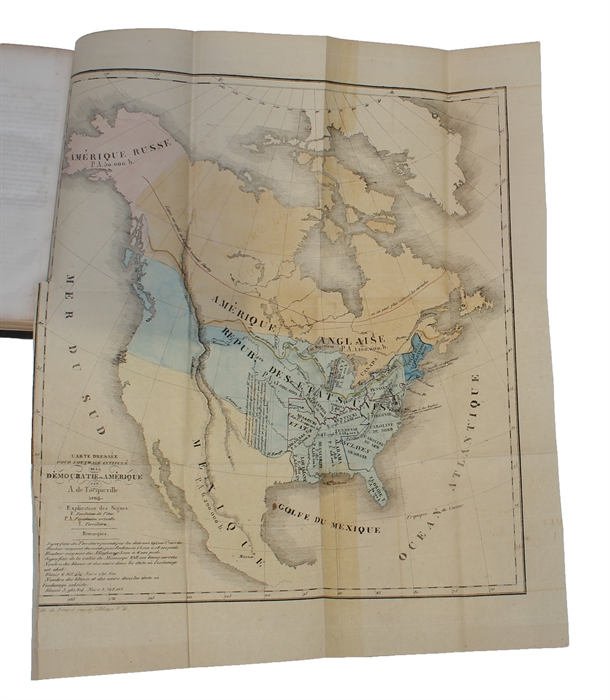 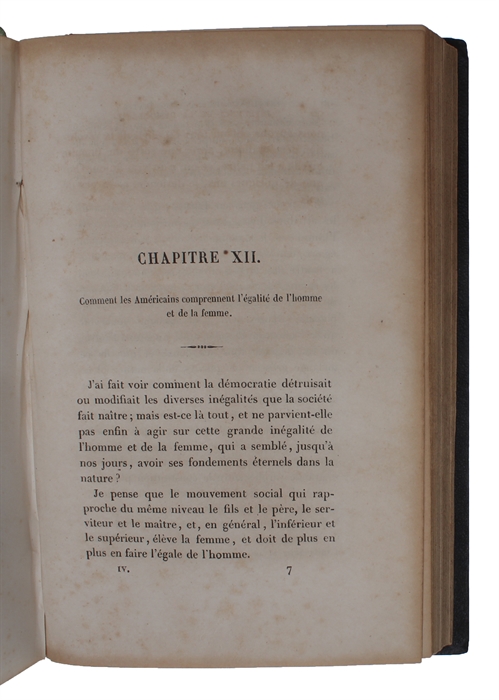 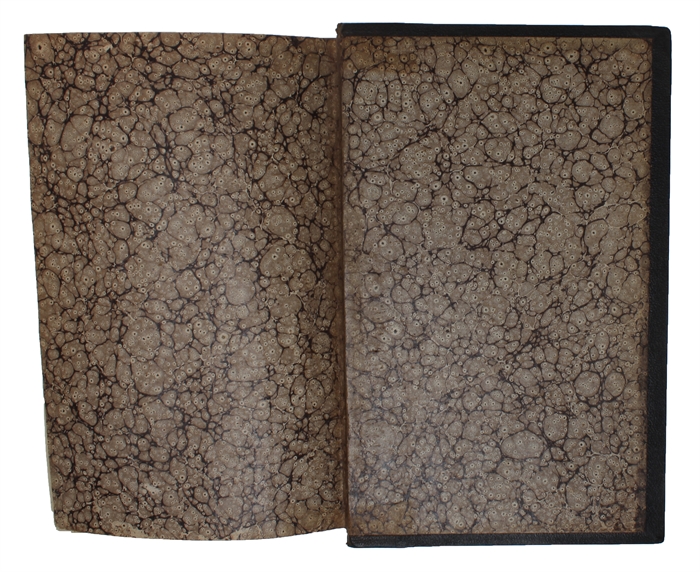 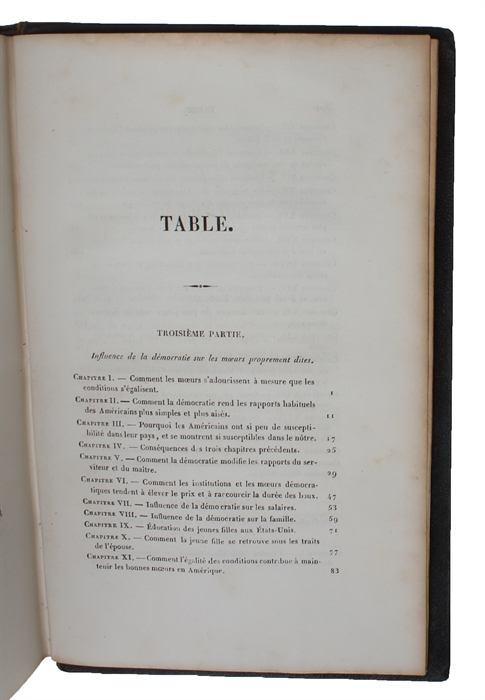 THE FOUNDATION OF CONSERVATIVE LIBERALISM

Lex 8vo. Bound in two excellent contemporary uniform black half calf bindings with blindstamped ornamentation and gilt lettering to spines. Only the slightest signs of wear to extremities. Some browning and brownspotting due to the paper quality, but overall in very nice condition. A few leaves in volume one with marginal markings. (4), XXIV, 365, (3) + (4), 455 pp. + folded, coloured map + (2), V, (3), 333, (1) + (4), 363 pp.

An excellent set of the first edition of Tocqueville's monumental "Democracy in America", one of the most important texts in the history of political thought. Being the founding treatise of conservative liberalism and democracy in the 19th century, and generally "one of the most important texts on political literature" (PMM, p. 217), ""De la démocratie en Amérique"" is a classic of social sience, an analysis on the nature and institutions of American society. Beside the "Federalist Papers", it is considered one of the most significant works ever written on American political and civil life" (Books that made Europe p. 206).

It is rare to find all four volumes contemporarily bound, and especially in as nice condition as here.