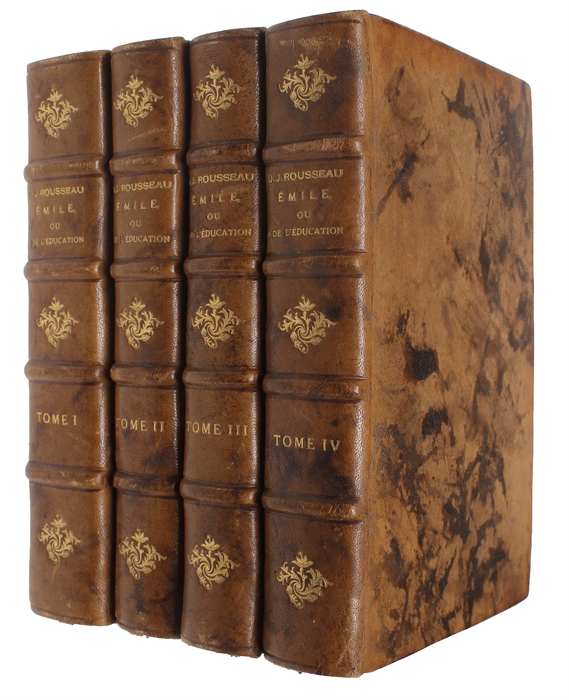 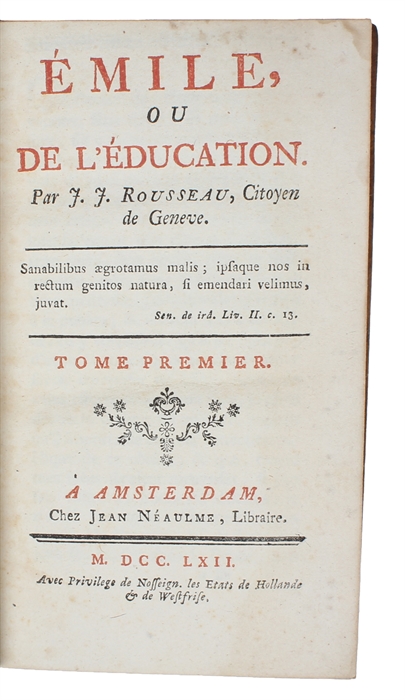 Early 12mo-edition, from the same year as the first printing, of the seminal work that constitutes the climax of Rousseau's genius as well as the most important work on education since Plato. In Émile, Rousseau poses an entirely new approach to education and the upbringing of children. His thoughts were exceedingly controversial, the work was burnt by the executioner immediately after its first appearance and Rousseau had to flee the country due to a warrant for his arrest.