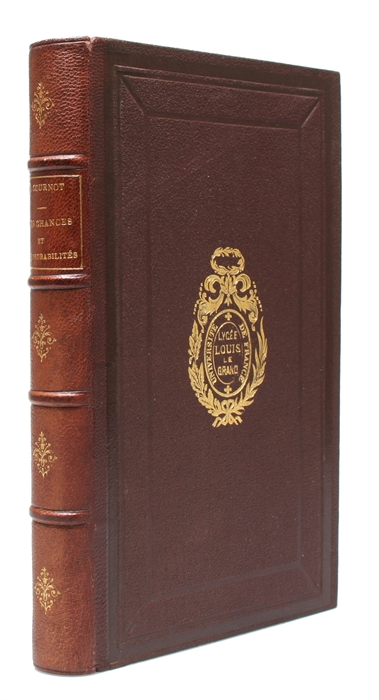 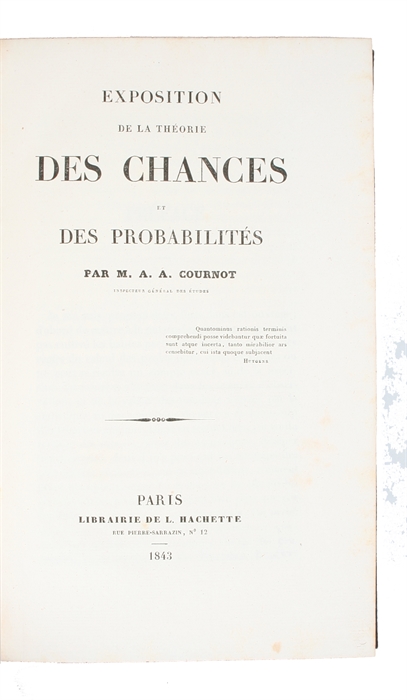 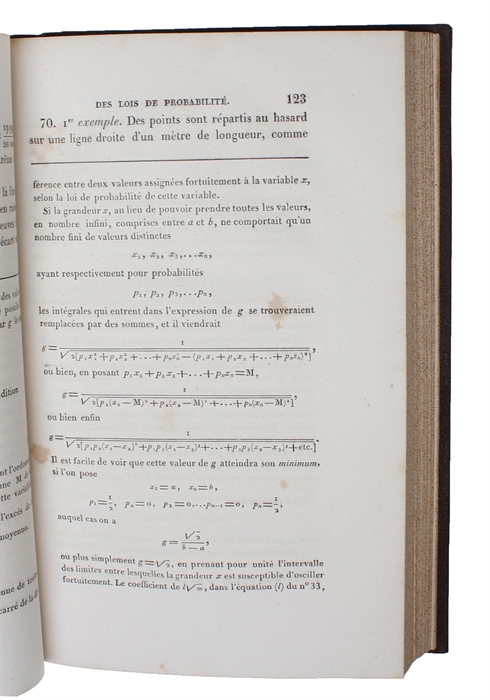 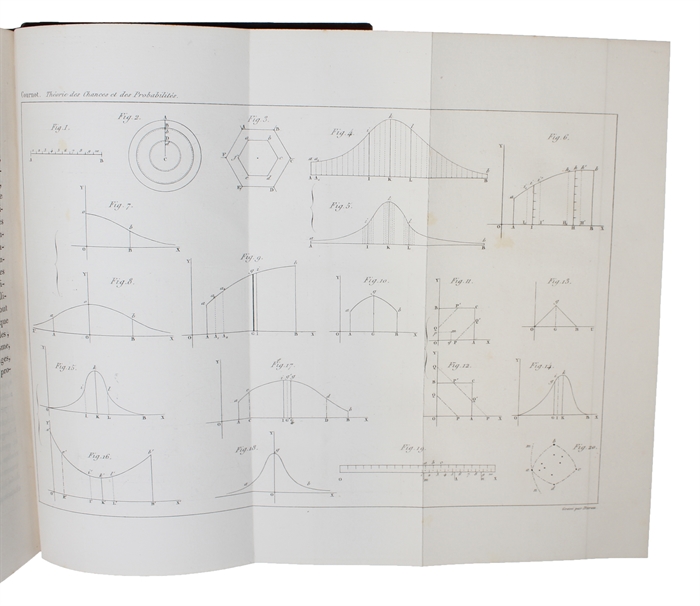 "THE ONLY LAW OF CHANCE"

The rare first edition of the work in which the theory of probability is stated clearly and completely for the first time, making it of the utmost importance to mathematics, logic, philosophy, economics, and philosophy of science.

The work "is important in the theory of probability, since it examines in an original way the interpretation and foundations of this calculus and its applications." (D.S.B. III:451). Cournot insists on a clear distinction between "objective possibility" and "subjective possibility", and to that he himself adds that which he calls "philosophical probability". "Of course, Cournot neither solved nor satisfactorily stated the problem of the logical foundation of the calculus of probability. But he had the distinction of having been the first to dissociate -in a radical way- various ideas that still were obscure, thus opening the way for deeper and more systematic research..." (D.S.B. III:451).