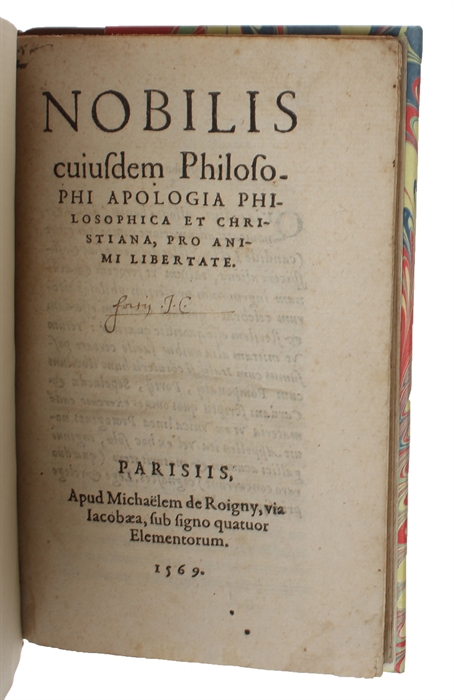 Very rare first edition of this work on the freedom and immortality of the soul, by the father of the famous physicist and anatomist, Jean Riolan the Younger. Jean Riolan the Elder (1539-1605) was also himself a noted French anatomist and a leading member of the medical faculty of Paris. He fought against the novelties that entered the faculty due to Paracelsus and authored a number of works attacking the most famous of the scientists who were in favour of chemical means. Works by him are of great scarcity.

The work, which is divided into three parts attacks the theories on the soul of Pomponazzi, Portius, Sepulveda, and Cardano, and as such it is an important document in the seminal controversy about the immortality odf the soul which dominated most philosohical thought of the Renaissance.

We have been unable to find the work in any bibliographies.