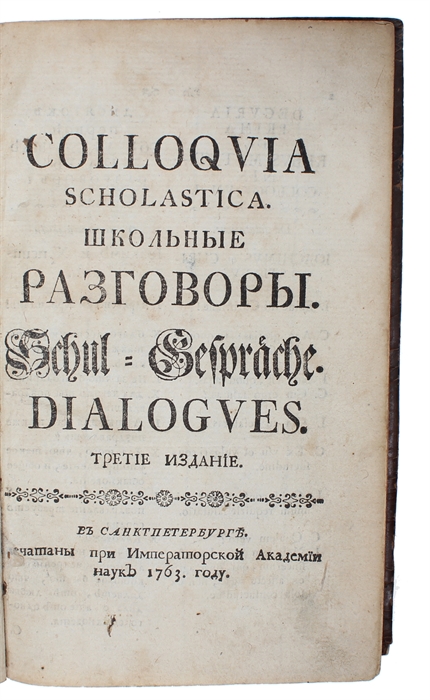 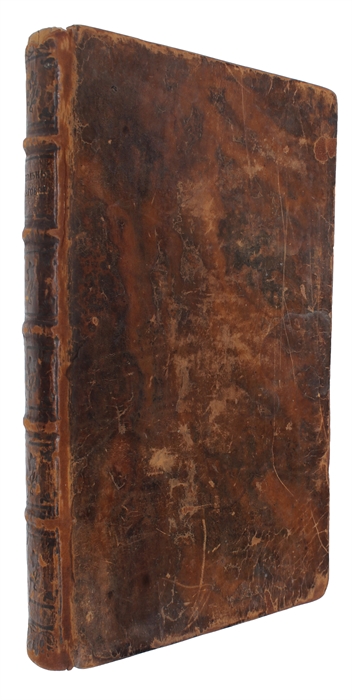 Russian translation of Joachim Lange's influential popular "Colloquia Scholastica" translated by Martin Schwanwitz.
"After having returned to the Academy of Science in 1735, Schwanwitz got the order to translate Joachim Lange's popular "Colloquia Scholastica" into Russian, whereas his colleague Johann Eberhard Fischer, rector of the Academy School's Latin Section, translated the Latin part into German. The new Latin-Russian-German-French version was published in 1738 at the Academy Press (reprints followed around 1748/49 [year, indicated on the title of this edition: 1738], in 1763 [number of copies published: 1200] and 1789). In Russian schools, the School Dialogues became highly popular and were used intensely until the end of the 18th century. They were indispensable in the lower German classes, where, according to the Academy school's curricula of 1748 and 1758, their use was compulsory. Later, in 1776, the Moscow University issued a version in five languages that also included a translation into Greek (further editions in 1785 and 1800)." (Deutsches Historisches Institut, Moskau).