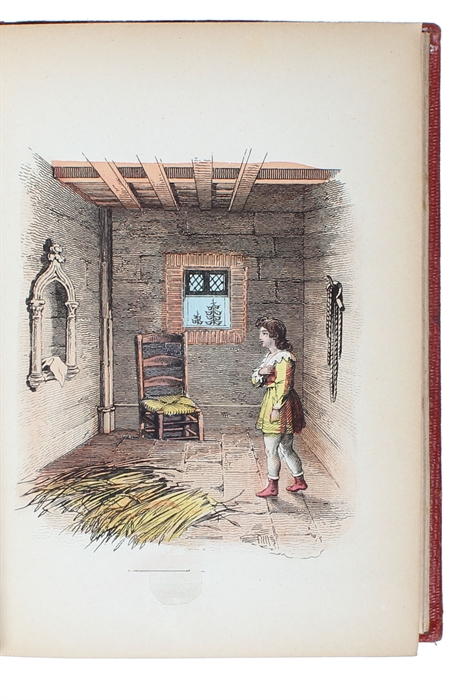 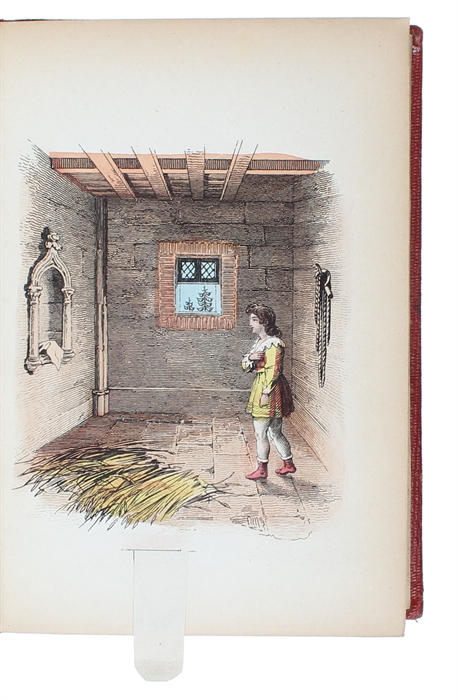 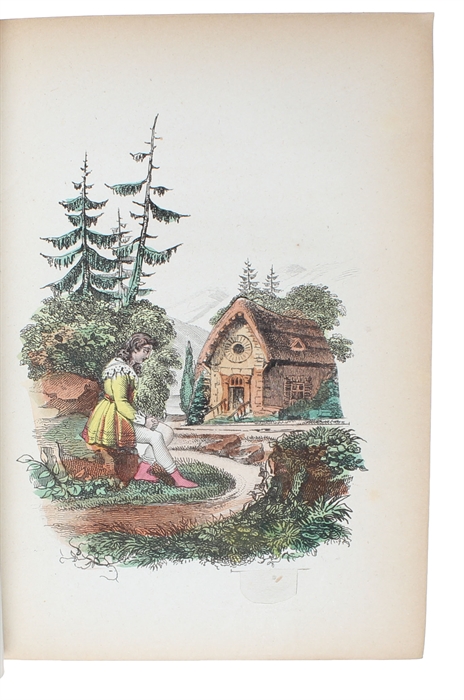 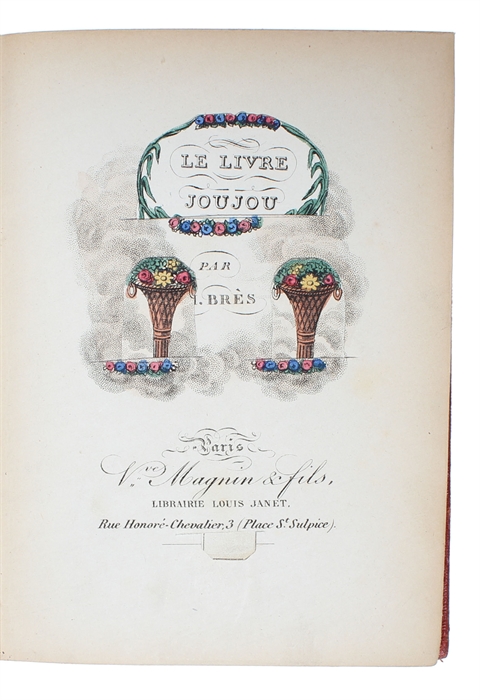 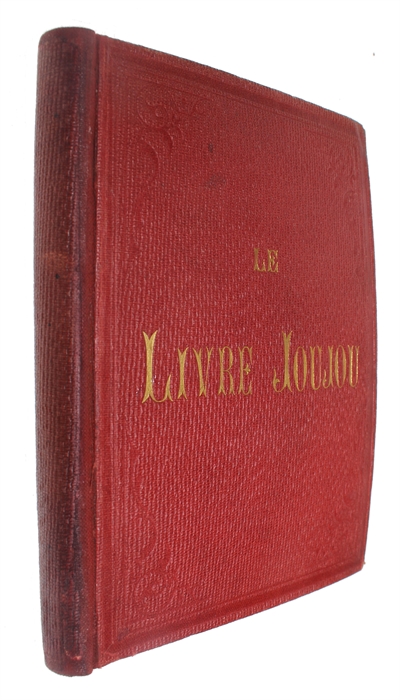 THE INVENTION OF THE PULLABLE PART

Small 8vo (binding: 14,8 x 11,2 cm.). Original full red cloth with gilt title to front board. All edges gilt. Very neatly rebacked. A splendid copy, with only minor occasional, light brownspotting and nice and bright text-leaves. One leaf of text (pp. 115-16) has had the lower corner torn off, so a part of that text-leaf is missing. Plates are in splendid condition - nice, clean, and crisp -, and all moveable parts present, fully intact and fully workable. XV (including the handcoloured title-page with moveable parts), (1), (137) pp. + 12 magnificent plates in wonderful original hand-colouring and with moveable parts.

Incredibly scarce third issue (with the original plates and moveable parts of the first issue) of one of the most important and rarest children's books ever produced, namely the first printed book with pullable parts, sometimes called "the first interactive book".

In all, three issues of the work appeared. All three are of the utmost scarcity, as only 20 copies (apart from the present) in all, from either of the three issues are known. And of these 20 copies, at least five are incomplete. Of the three issues, the third is the scarcest, as only two or three other copies apart from the present are known. Two of these are in institutional holdings, and a third, which is possibly the third issue, is in a private collection in Japan.

The first issue of the work is thought to have appeared in 1831 and the second around 1837. The three issues are quite easily distinguishable, although some variants appear. The first issue was printed by Doyen, and the second and third by Ducessois. Magnin, the successor of Janet, adopts the name "Veuve Magnin et Fils" in 1867, and the copies that bear this imprint on the title-page thus belong to the third issue. Saint-Alban argues that it was printed in 1875. But the setting seems to be exactly the same as the preceding issue (which has the preliminary leaves reset in comparison to the first issue), and the plates and moveable parts are certainly those of the first issue. Possibly, only the first three leaves (half-title and title-pages) are actually in a new printing, with new publisher and printer, and the rest are the same as the second issue. And possibly, only the 15 first pages differ from the first issue, so that the rest is actually the same printing throughout all the issues.

In the introduction to this wonderful book, the author explains to his young readers - whom he addresses directly - that he has invented the present "mechanism" in order to rediscover the magic of the metamorphoses caused by the fairy wands and "to bring into action" the scenes from the history". The book is truly splendid, in both beauty, detail, and innovation.

Brès is known as the creator of some of the most beautiful children's books ever produced, accompanied, by wonderful coloured engravings. In the present work, he excelled completely and introduced an entirely new way of creating children's books, which was far ahead of its time. In fact, the kind of interactive book that Brès here introduces, pioneered the interactive books that were to appear in the 1930'ies.