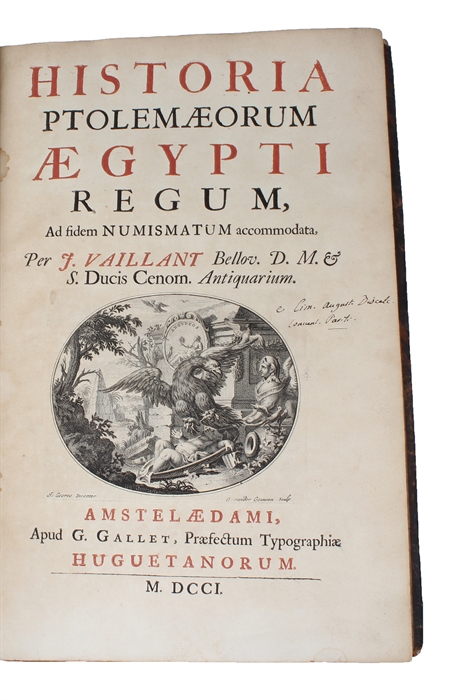 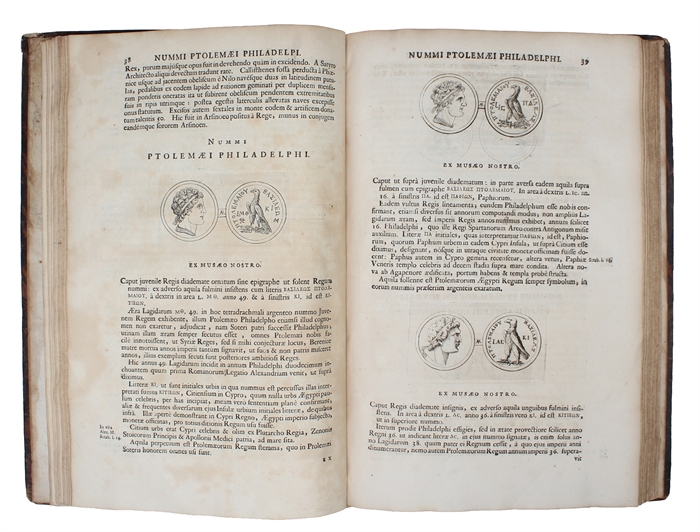 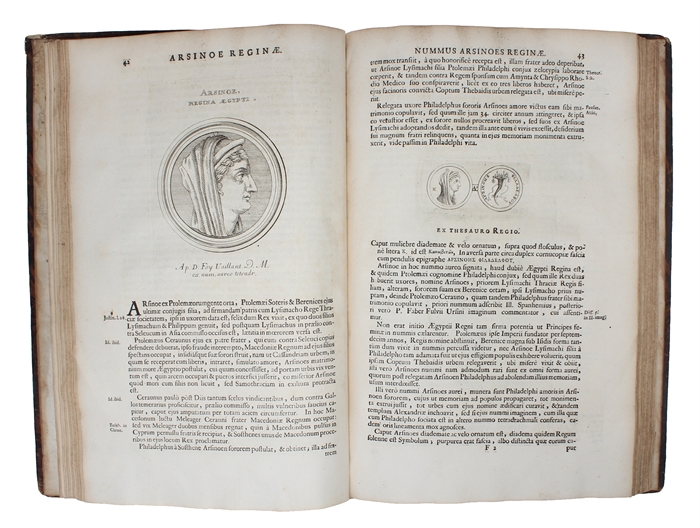 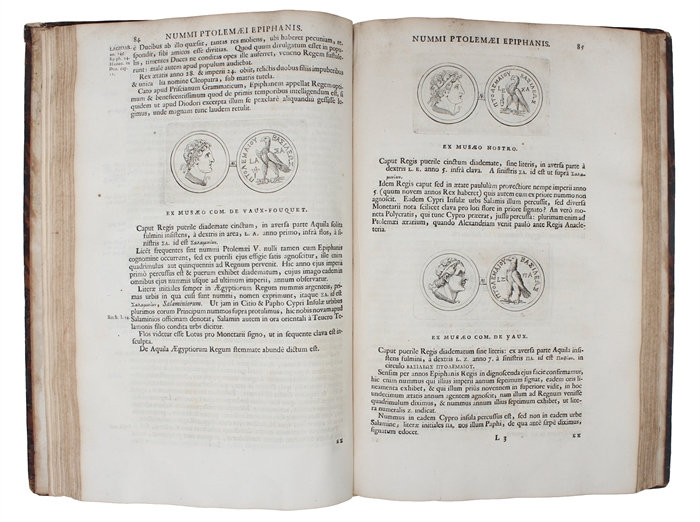 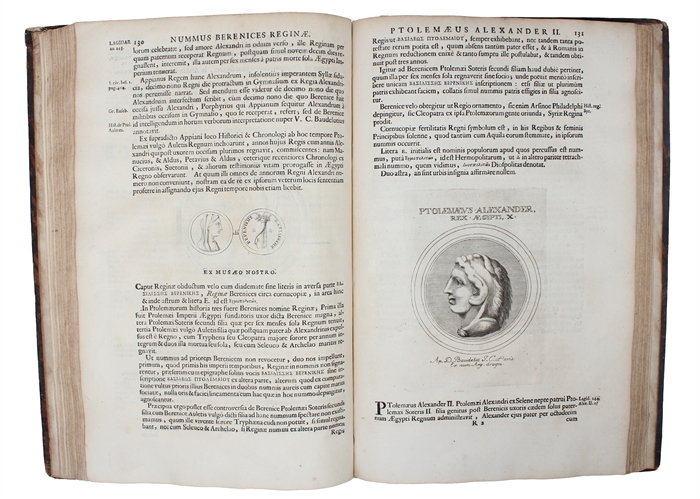 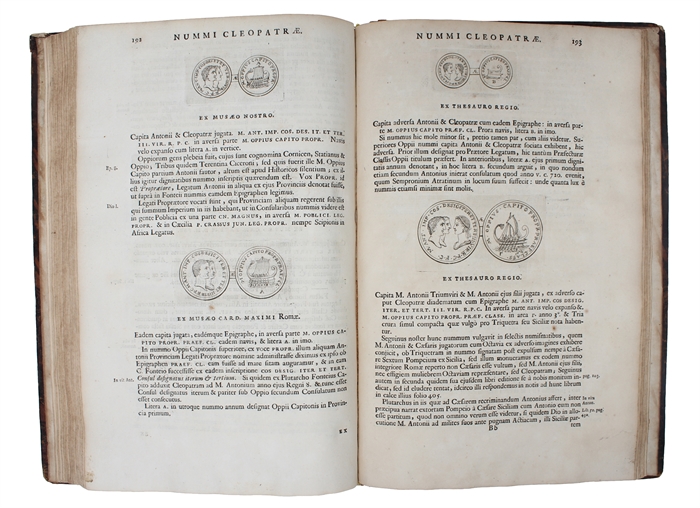 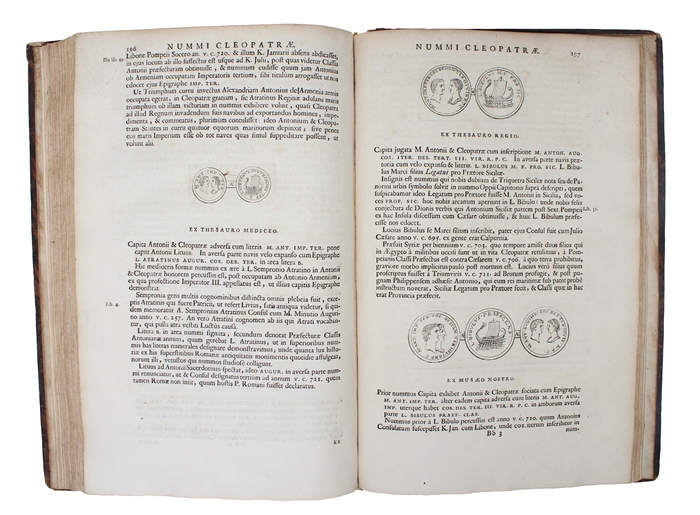 EXPLAINING THE PTOLEMIES BY THE HELP OF COINAGE


Engraved book-plate to inside of front board: "Sir Francis L.H. Goodricke Bart." (19th cent.) and to inside of back board: Andrew M. Sherling" as well as gift-inscription (from Edmund Caldwell, to St. Michaelis Convent) to front free end-paper: "Monasteris St. Michaelis/ D.D./ Don. Edmundus Caldwell O.S.B./ a.d. 1871". Early inscription to title-page.

Scarce first edition of this standard work, one of the most important histories of the Egyptian Kingdom of the Ptolemies (323 B.C. to 30 B.C.), considered one of the most influential works on this complicated and perplexed part of ancient history. The work quickly became the main reference-work on the subject. It is especially noteworthy in its inclusion of Ptolemaeic coinage and is one of the first modern histories of the Ptolemies to not merely treat the subject chronologically; it is the first to explain this period by help of coins.

The vast empire that Alexander the Great had conquered, was too big for one successor. One general was entrusted with Macedonia, another Thrace, and a third Syria. Ptolemy I Soter, one of Alexander's favorite generals, was made governor of Egypt. Alexandria, the capital city, quickly became a center of Greek culture and trade.
For more than 350 years the Ptolemies ruled Egypt. Ptolemy's son Ptolemy Philadelpus ruled after Alexander's general. It was Ptolemy Phladelphus who made the library at Alexandria the best in the world.
With the death of Cleopatra, probably the most famous of the Ptolemies, the dynasty of the Ptolemies came to an end and Egypt became part of the Roman Empire.