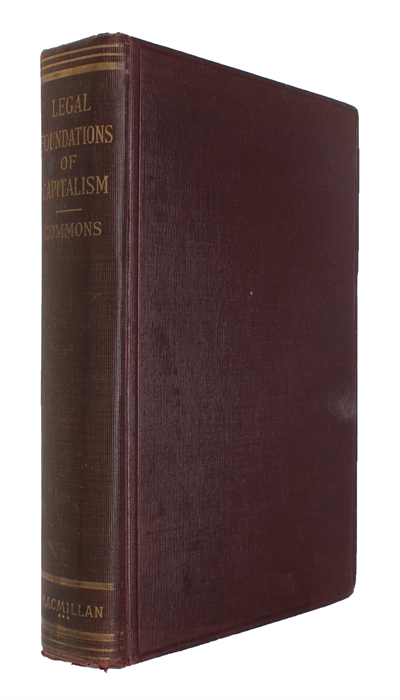 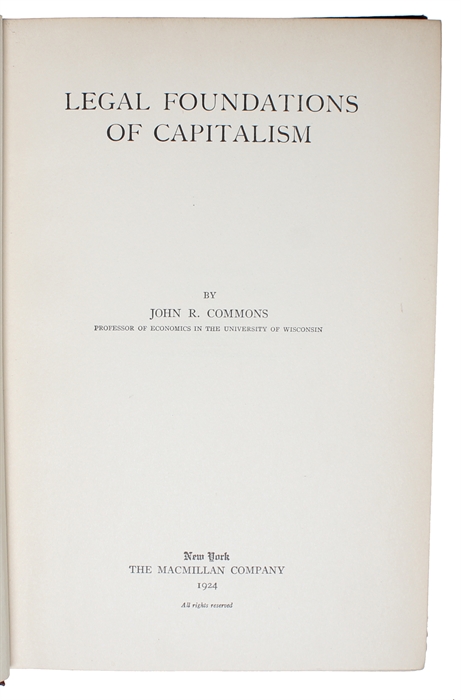 A MILESTONE OF INSTITUTIONALISM

The Legal Foundation of Capitalism.

First edition of Commons' landmark work, in which he developed his 'theories of the evolution of capitalism and of institutional change as a modifying force alleviating the major defects of capitalism' (New Palgrave). Together with Thorstein Veblen and Wesley Clair Mitchell, Commons was one of the three founders of American Institutionalism.
'He sought to demonstrate the importance for economic theory of collective action in all its varieties. These included not only the state but also a host of voluntary associations, such as the corporation and the trade union; in fact, collective action conceptually embraced all institutions, since Commons defined an institution as "collective action in control of individual action"' (IESS)

'Although Commons' institutionalism had different emphases from that of Thorstein Veblen, for example, in that Commons stressed reform of the capitalist framework, they shared a view of economics as political economy and of the economy as comprising more than the market' (The New Palgrave, vol.1, p.506).

John Rogers Commons (1862-1945) was an institutional economist and labor historian who became a significant contributor to most pieces of social and labor legislation in the 20th century. He was the first American economist and social scientist to dedicate himself to improving labor conditions, believing that labor injustice not only impacted workers, but also the stability of society.