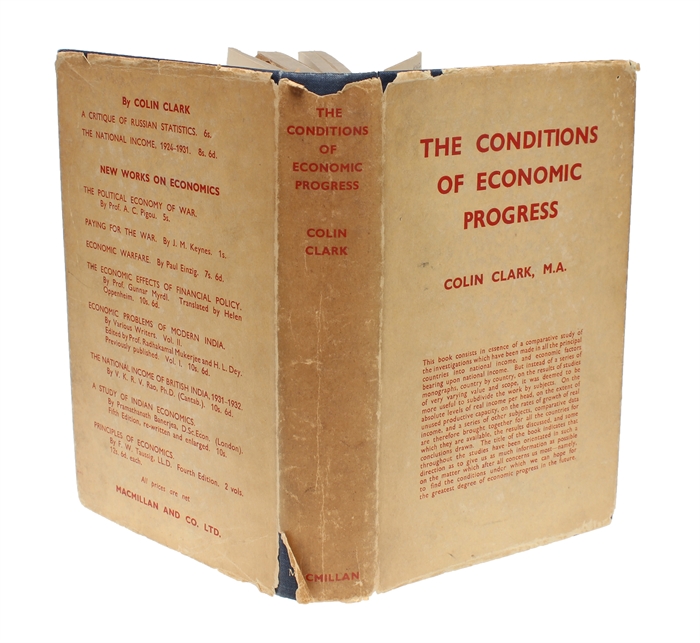 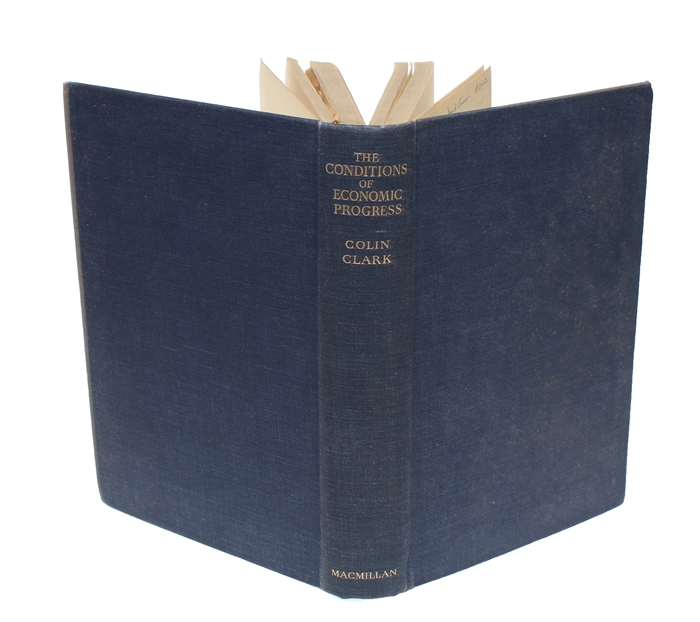 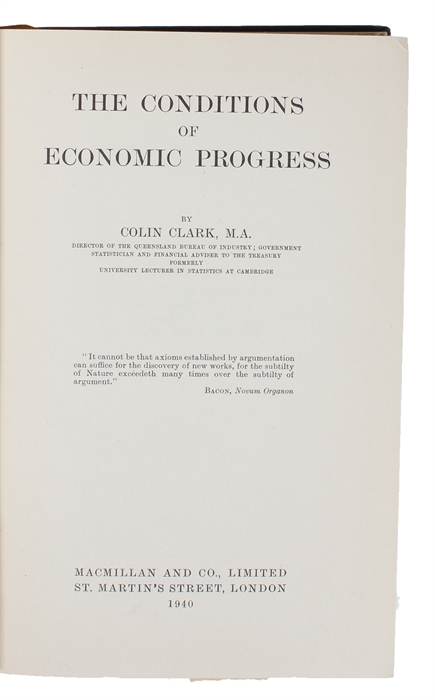 The Conditions of Economic Progress.

London, Macmillan, 1940. 8vo. In the original blue cloth with gilt lettering to spine with the orignal price clipped dust jacket. Dust jacket with a few nicks and a 2 cm tear to lower part of spine. Previous owner's name and an "X" to front free end paper, other wise a fine and clean copy including all the folded plates. XII, 504 pp. + 5 folded plates.

First edition of the author's seminal and "monumental" work which had a profound influence on Western thinking about the undeveloped world and is today considered one of the classic studies on growth.

"not only gave a considerable stimulus to the subsequent development of growth theory and models but also had an important effect on western thinking about the undeveloped world. For the first time, the gulf between living standards in the rich and poor countries of the world was brought home in hard statistical terms. Well into the postwar years, until United Nations data became available, almost every writer on development economics quoted Colin Clark's estimates." (Arndt, Economic Development)