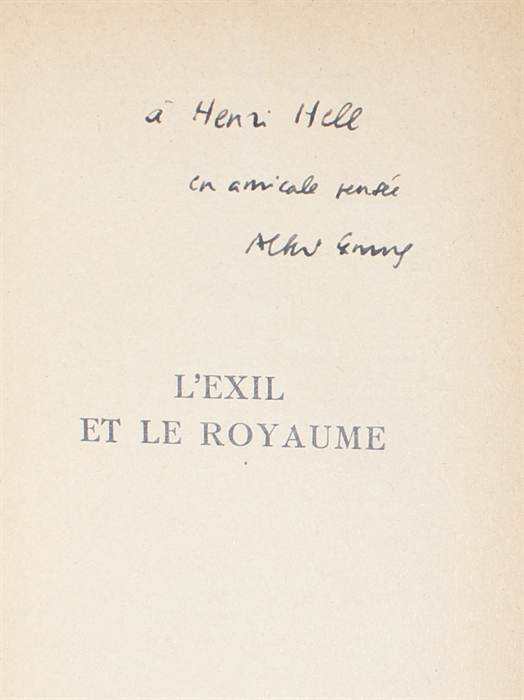 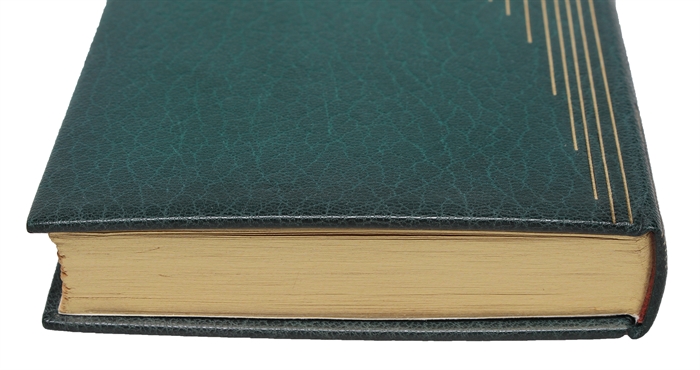 Bound with the original printed wrappers in beautiful, elegant emerald green full morocco binding with gilt line-decoration in various heights and distances to boards and spine as well as vertical gilt lettering to spine. Top edge gilt. Binding signed A. Coutret. Wrapper a bit soiled, mostly the back wrapper. Otherwise very nice and clean. Paper evenly browned due to the paper quality. Gilt super ex-libris to inside of front board.

First edition, Service de Presse-copy ("S. P." punctured to bottom of back wrapper) - with signed presentation-inscription for Henry Hell to half-title - of Camus' great collection of stories, which are considered among the best of his works. Together, these stoires cover the entire variety of existentialism - or absurdism. There is general consensus that the clearest manifestation of the ideals of Camus can be found in the present work.

Henry Hell, a psudonym for José-Henri Lasry, was a law student in Algiers, where he met Camus and acted for the Théatre du Travail. He was a literary critic for several periodicals, and he reviewed sevearl of Camus' works. He is the author of "Francis Poulenc, musicien francais", and he later worked for a publishing house in Paris.