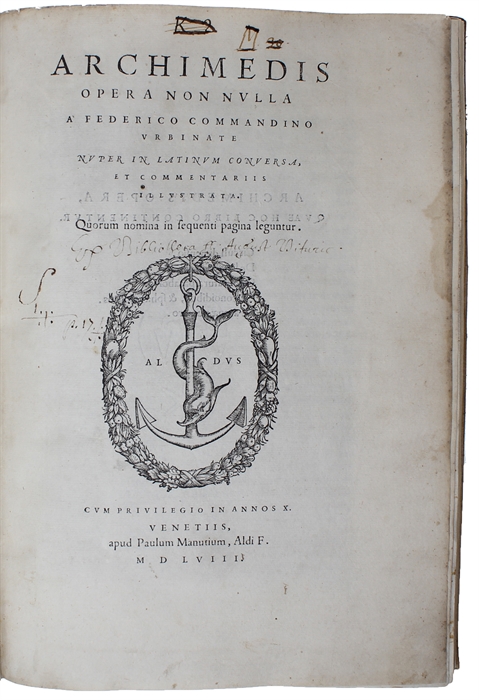 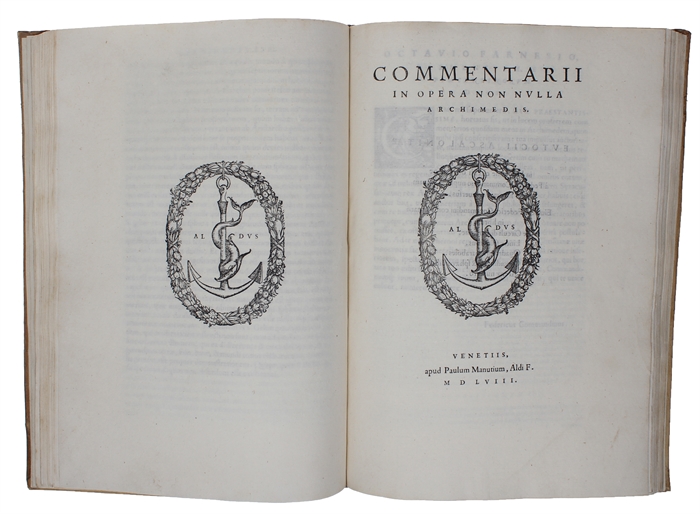 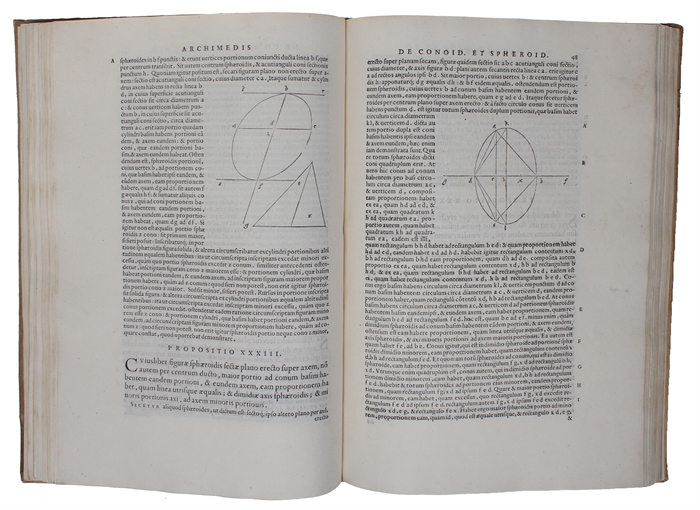 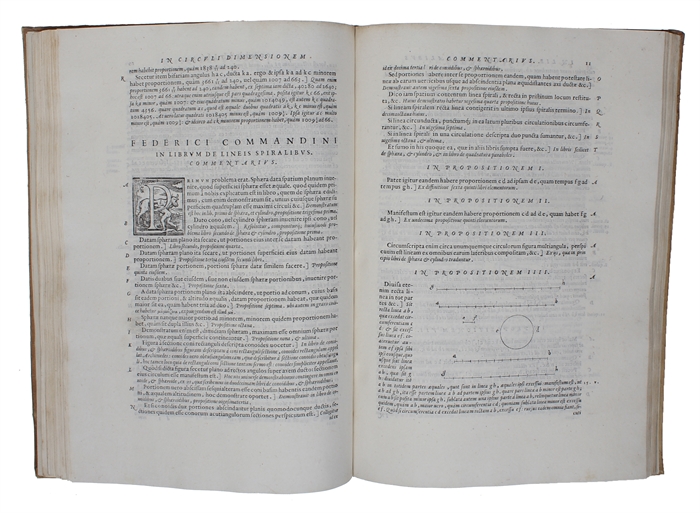 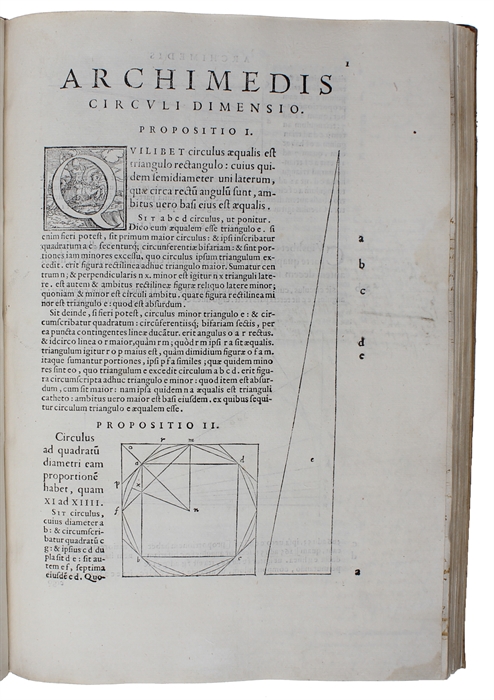 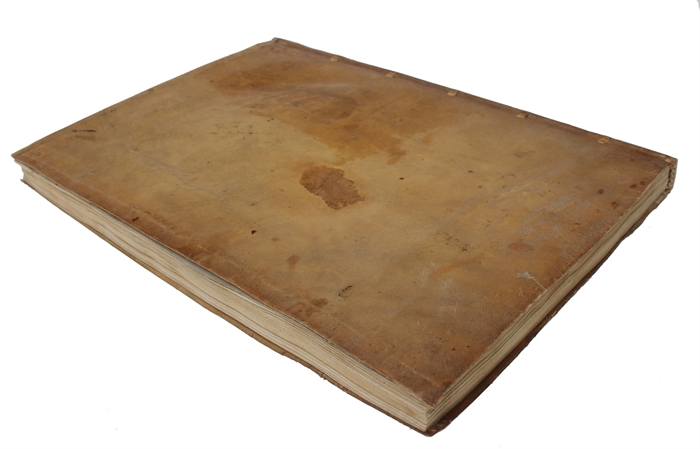 THE ARCHIMEDEAN RENAISSANCE - THE FIRST COMMANDINO-EDITION

Federico Commandino himself was a highly skilled mathematician, and he also had access to a Greek manuscript of Achimedes writings not previously published. Thus, his edition of the Archimedean writings, including on measurement of the circle, spirals, quadrature of the parabola, conoids and spheroids, and the possibility of numbering the sands, together with Commandino's own lengthy commentaries, is of the utmost importance to the reception of Archimedes and is considered one of the absolutely most important Archimedes-editions to have appeared. "...[T]he so-called Archimedean renaissance ... gained further impetus from Commandino's rendering published by Paulus Manutius at Venice in 1558." (Stillwell 140, note ).