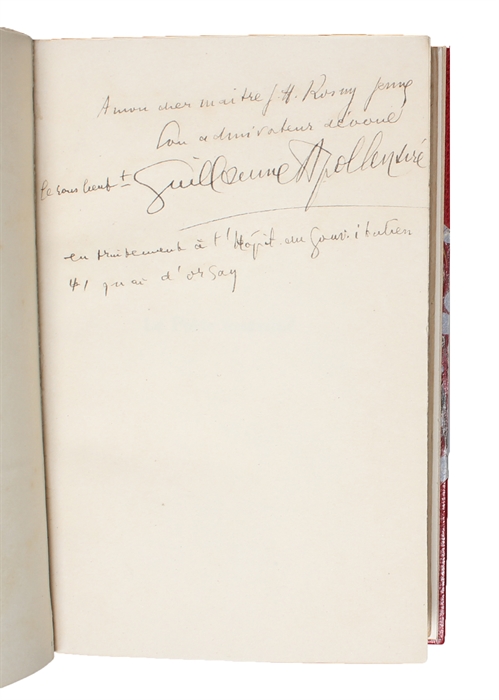 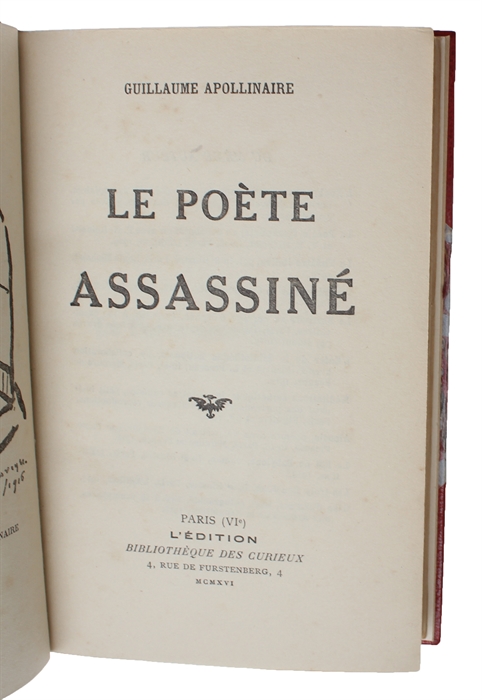 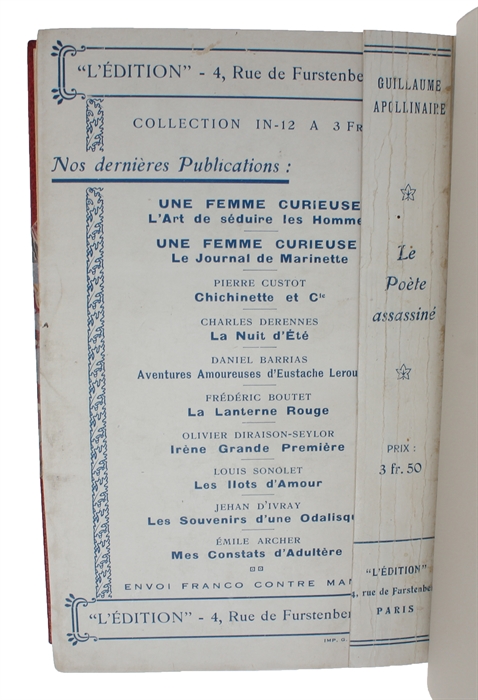 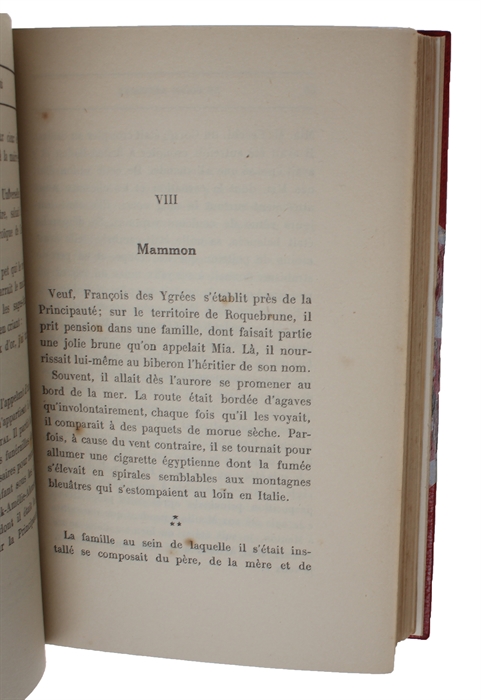 MAGNIFICENT PRESENTATION-COPY FOR THE CO-FOUNDER OF MODERN SCIENCE-FICTION

The long presentation-inscription on the fly-leaf is signed "Guillaume Apollinaire" and is for his friend the great author and co-founder of modern science fiction "J.H. Rosny". The inscription also states that it's written during his hospitalization, at "l'Hôpital du Gouv. italien/ 41, quai d'orsay". Apollinaire fought in World War I and, in 1916, received a serious shrapnel wound to the temple, from which he would never fully recover. His "The Assasinated Poet" appeared while he was in hospital, where he remained for a long time.

"Apollinaire was Modernism's first champion, and after his early death in 1918, he became its first saint. Lying in a hospital bed in 1915, recovering from combat wounds suffered in World War I, Apollinaire assembled the fragments of a tragicomic, mock-epic and occasionally obscene autobiography-a-clef: The Poet Assassinated. This novella recounts the life and death of Croniamantal, whose birth is -saluted- by the Eiffel Tower's -beautiful erection, - who rises through the Parisian literary world to proclaim himself - the greatest of living poets, - and who is then torn to pieces by a mob. A statue built -out of nothing, like poetry and glory, - is constructed in his honor." (Andre Derain, from the 2004 English translation).

J.-H. Rosny aîné was the pseudonym of Joseph Henri Honoré Boex (1856 - 1940), a French author of Belgian origin who is considered one of the founding figures of modern science fiction. Second only to Jules Verne, Rosny is the most important figure in the history of modern French science fiction. He is a vital precursor of the kind of scientifically based speculative science fiction now generally labelled "Hard SF". Sadly, only one of his novels, "Le Félin géant" was translated into English during his lifetime, and only many years later did his central works begin to appear in English.

No large-paper copies of the work were printed.