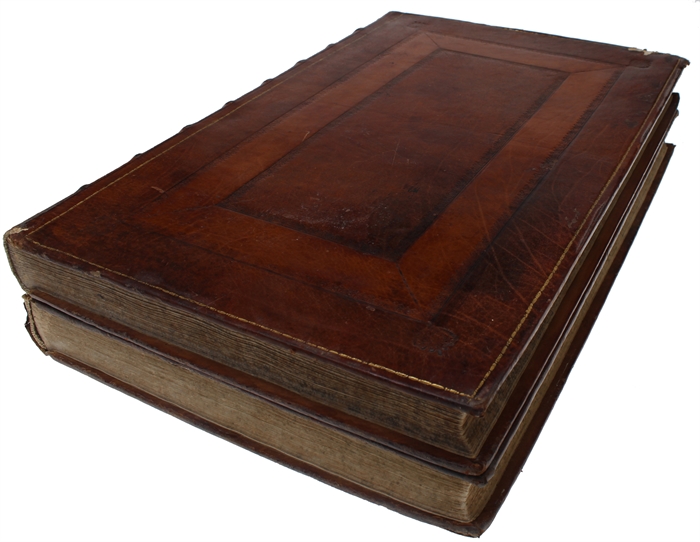 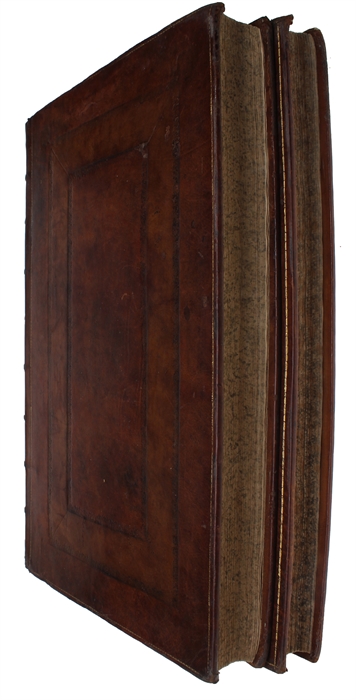 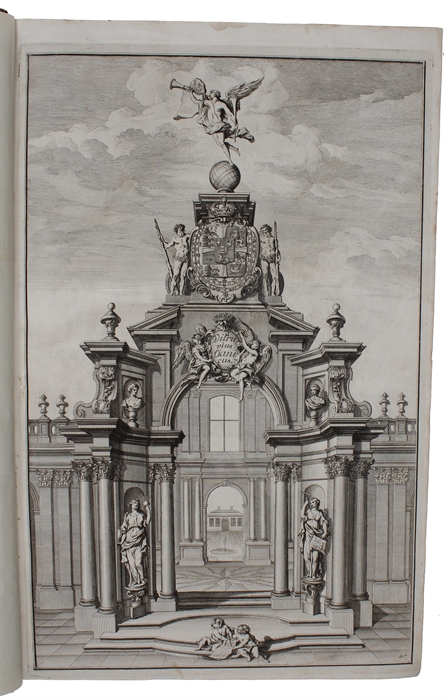 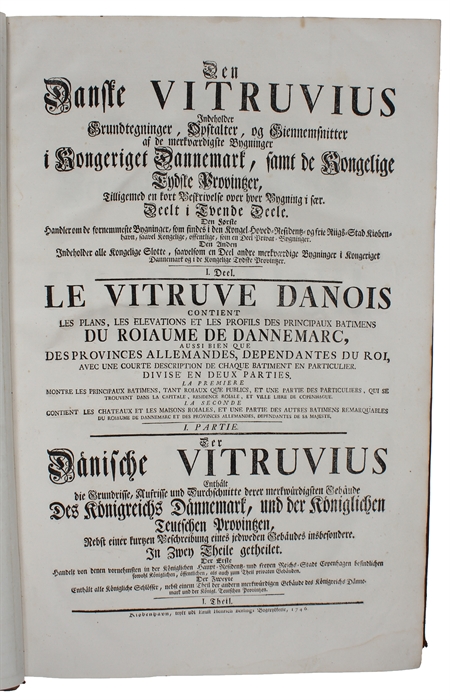 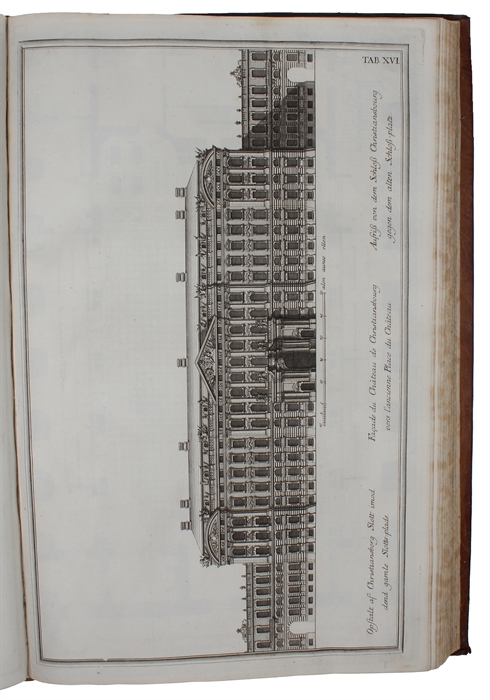 A MONUMENT OF BAROQUE ARCHITECTURE

On the uniformity of the bindings: The front boards would appear not to be uniform, as vol. I is of lighter brown calf than vol. II. This, however, is arguably due to a more worn front board of vol. II, which has presumably resulted in waxing that has made it appear darker. The back boards are of much more similar colour. All the blind stamps are idential, as is the pattern of the stamping. The gilding to the spines is almost identical with only very minimal variations. We are of the opininon that this is a set that has been bound by the same contemporary owner, at the same book binder at the time of the appearance of each volume respectively. I.e. vol. I had been bound at the time of apperance in 1746 and vol. II in 1749, explaining the minimal differences and the more express uniformity.

First edition of the only extensive Danish work of architecture, a Baroque masterpiece that is of great international importance .

No-one has done as much for the understanding of Danish architectural heritage and building construction as Lauritz de Thura (1706-1759), one of the most important Danish architects ever to have lived. His magnificent magnum opus is not only of national importance but is also internationally significant, as much of his inspiration came from his travels abroad. He is responsible for bringing the Baroque style to Denmark, where he let it flourish for longer than it did in other countries. He kept developing it, in spite of the fact that it was losing terrain to the new rococo style that so quickly became so popular; also therefore, his great work constitutes one of the most important sources of Baroque style.

In 1735, Thura received a royal grant that enabled him to travel around both Denmark and Europe to collect the necessary information for writing the most comprehensive work on architecture in Denmark. It took him more than a decade to gather all the information necessary for the monumental work, and finally, in 1746, he could publish the first part of the work, with the second following in 1749.

The work contains 281 drawings, measurements, designs and prospects of Danish buildings, including, of course, the royal castles.