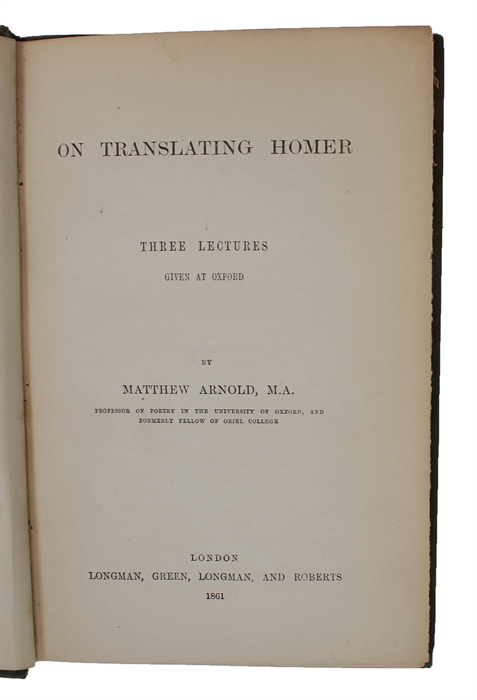 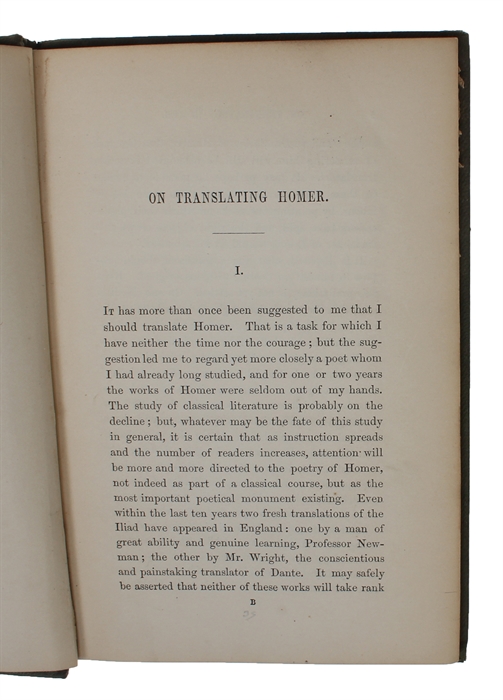 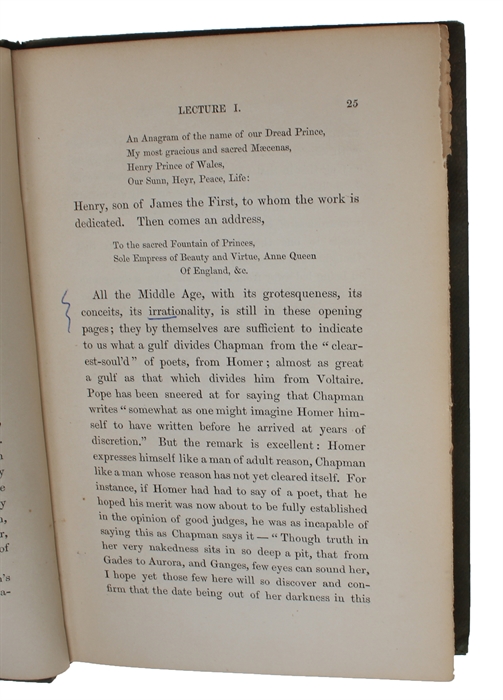 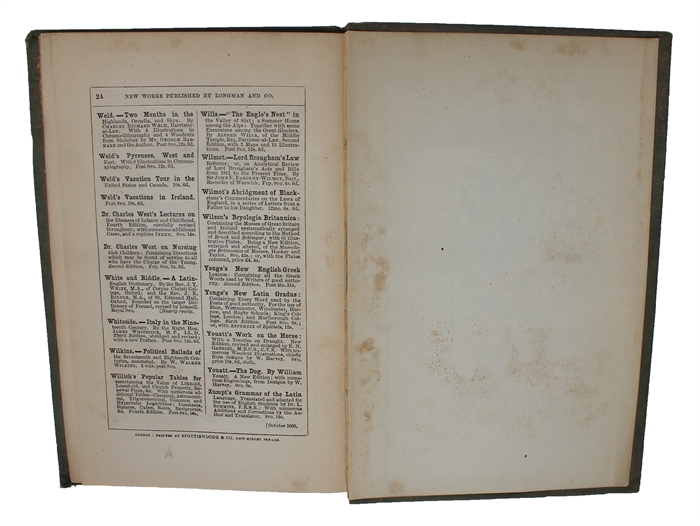 THE MOST IMPORTANT WORK ON TRANSLATING HOMER

On Translating Homer. Three Lectures given at Oxford.

The uncommon first printing of Arnold's groundbreaking work on translating Homer, which constitutes the most important work in the history of translation-theory of the Homeric corpus. The work revolutionized the understanding of Homer in general, of the Homeric language and all following efforts to translate the Odyssey and the Iliad.

"The best-known commentary on how the Homeric text should be translated was written by the Victorian poet and literary and social critic Matthew Arnold in 1861, with many subsequent editions and reprintings. "His lectures on translating Homer were the first adequate estimate, at least in English, of the literary qualities of the "Iliad" and "Odyssey" and did much to destroy the notion of a native genius or inspired folk-poet. Homer was now seen to be a conscious artist and took his place once and for all as the chief poet of antiquity, as Dante was of the Middle Ages and Shakespeare of modern times." In his book Arnold reviewed most of the existing English translations … From this review and his own observations he extrapolated several rules for translating Homer. First, a translator should be "faithful" to the original, an ideal Arnold noted requires the translator to choose between producing a text so smooth that the reader does not realize it is a translation versus reproducing certain oddities of the original language to remind the reader of its origin. Second, a translator should seek to reproduce Homer's style and effect on the reader." (Young, The Printed Homer, 2008, p. 88).

Matthew Arnold (1822 -1888) was a famous English poet and cultural critic, who worked as an inspector of schools. In 1857, he was elected Professor of Poetry at Oxford and was the first in this position to deliver his lectures in English rather than in Latin. His first major achievement as Oxford-professor was his three lectures "On Translating Homer" that were published as they are here, in 1861.

"[T]he most substantial fruits of his professorship were the three lectures "On Translating Homer" (1861)-in which he recommended Homer's plainness and nobility as medicine for the modern world, with its "sick hurry and divided aims" and condemned Francis Newman's recent translation as ignoble and eccentric..." (Encycl. Britt.).

The work had an enormous effect on Homer studies and on classical scholarship, translation-practice, and literary theory in general.